I’ve been told on a few Facebook comments that over the holiday break I inspired some friends to “cut the cord”. The specific type of cord-cutting they’ve been inspired to try is up for debate, since we welcomed a new baby daughter into the world AND switched our home entertainment services from cable to streaming over the last two weeks. 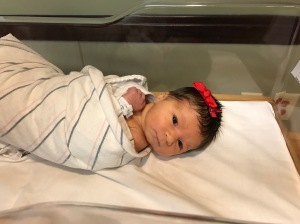 But, I’m guessing most people meant they were thinking of cutting the Cable TV cord. I shared quite a few details of my analysis & decisions in disconnected Facebook posts, but haven’t provided a consolidated summary of my design and how it’s working so far. So consider this that summary now that all of the pieces are final and in place. And I’ll try to describe what I did and why in an orderly and understandable way.

The clear and primary objective was to reduce recurring monthly expenses, as our cable bill not only felt high to us, but also kept going up despite our efforts to keep it manageable. And I wanted to be careful with the upfront investment to try and break even in about 6 months.
In early December 2016 we were told by our cable provider that we were no longer eligible for loyalty promotions that were keeping our bill somewhat tenable (even as a 12 year customer) and that our Triple Play package (cable, phone & internet) with three HD DVR TV boxes was going to jump another $20/mo to $192 / month as of January 2017. And that’s without having HBO and NFL Red Zone any longer, which I’d previously had and enjoyed but eventually cut to save costs. Plus we already had Netflix and Amazon Prime and wanted to keep those.

Thus, our “entertainment requirements” I used to evaluate replacement options for the above costs were:

I’d actually researched doing this about 6-9 months prior with a SlingTV & Tivo combo, and decided at that time it wasn’t worth it to achieve our requirements. Our cable bill then was only about $150 / month with active promotions AND the options that I evaluated for being able to DVR the content I wanted across all content and all three TVs was going to be too expensive to justify the switch. The time to recoup my upfront investment was around 12-14 months and I still felt I was giving up a lot of capability vs. our cable situation. So I ruled it out then.
Three factors I discovered in December 2016 that changed my mind:

After researching things like Vue vs. Sling vs. DirectTV Home, TiVo vs. Tablo, Amazon vs. AppleTV vs. Chromecast vs. Roku, and other cord cutting recommendations, I decided the best model for us was:

For those that like pictures, I made a drawring (not drawn to scale):

And I made a spreadsheet too:

For the most part the change was smooth, when I had time to focus on it. The hardest part was that all of the new hardware I ordered arrived while we were in the hospital for our newborn baby. So I was sitting on having the tools to finalize the project, but had to wait a week or so until I finally had the time to dedicate to completing the new set up throughout the house.

But I won’t lie, I had some challenges, most self-inflicted:

I’m thrilled with the results and actually find the experience better than we had with cable. I’ve only had a few gotcha moments (service hiccups during first half of a college football game that went away by 2nd quarter, limitation of 2-tuner Tablo instead of 4-tuner when visiting guests wanted to simultaneously watch network programming on three different TVs), but those have been far outweighed by the benefits I can already see and the cost savings on the way in a few short months.

In fact, my kids also love the games they can play on the TV through the Amazon Fire TV & Sticks. We happened to have an Amazon Fire Game Controller that they’ve loved using for some of the games offered by Amazon. My son even thinks it’s just as nice as having a new PlayStation or XBox game console. Glad we have him fooled on that one…for now!

4 thoughts on “Cutting the Cord”