During the countdown leading up to #wolweek, I wrote this post about some additional Work Out Loud behaviors to recognize and practice. Let’s dive deeper into one of them. 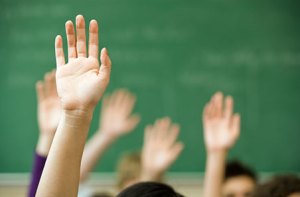 Many moons ago as we were trying to increase adoption within our ESN, it didn’t take long for a trend to emerge. We didn’t limit what types of communities people could create. We wanted creativity and need to be easily met with a low barrier to entry, and that helped us to identify the greatest areas of opportunity in the organization where “social collaboration” could improve work outcomes.

The most common early trend was that communities were popping up for the sole purpose of collecting a critical mass of experts on a given process, practice or technology…that other people could then use as a place to post questions and get fast answers. Created as an alternative to sending email blasts, battling search engines, calling a help desk, screaming over cube walls, or desperately walking around department floors holding a sign that asks for help.

People started to realize that using these Q&A communities to ask their questions resulted in new outcomes vs. more traditional work methods:

But for this to really work, congregating experts into the proper communities wasn’t even half the battle. There’s a behavior to instill in everyone else within an organization that’s even more important to making it successful.

The key was teaching people to change their behaviors to recognize an opportunity for Asking for help Out Loud vs traditional hunt and seek methods. Let’s dive into the formula of key Asking Out Loud behaviors:

So while recognizing those that are Working Out Loud and show up as prolific sharers in your online communities, make sure to give just as much praise (if not more) to those that realize the value of asking for help through open and “social” communities. Because in many cases…if they’d never asked…the knowledge would never have been captured.

3 thoughts on “Asking Out Loud #wolweek”